"Parking is generally free  there is a big car pa...more 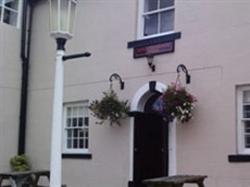 The Grant Arms is a comfortable hotel situated in the centre of Ramsbottom. The Hotel Wing provides 14 beautifully appointed en-suite bedrooms with, colour television with satellite channels, direct dial telephones, tea and coffee making facilities, hairdryer, trouser press, iron and ironing board available on request. Originally named "Top o'th Brow" it became "Grant Lodge" when the famous industrialist Grant Brothers adopted it as their family home. (William and Daniel Grant were noted in history as being the two characters that Charles Dickens based his "Cheeryble Brothers" upon in his novel Nicholas Nickleby). In 1828 it acquired its present name and as such has been popular as a pub, meeting place and venue for many local events. The perfect place to socialise, eat, drink and watch the world go by!. Wide range of wines, spirits, draught products and locally sourced Cask ales are always available from the Moorhouse's brewery.