B and Bs in York 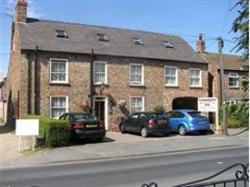 Orillia House, situated only three miles from York North Yorkshire, has been described as "a luxury hotel in miniature". It provides bed and breakfast accommodation with the emphasis on quality, comfort and personal service. All bedrooms are different, but all are attractively decorated and well furnished, each with its own individual character along with television and complimentary tea and coffee making facilities. The house itself is over 300 years old and has been sympathetically restored, retaining many of its original features, including beamed ceilings, inglenook fireplace and old panelled doors. Our York BB & Cottages are quietly situated in the heart of the picturesque village of Stockton on the Forest, just three miles from the historic city of York. Stockton on the Forest makes an ideal base for seeing all of Yorkshire's countryside....its rolling Wolds, dramatic Dales and open Moors. Sample the sights, sounds and smells of Viking York at the Jorvik Centre, climb aboard a royal carriage at the National Railway Museum or walk along the tops of the medieval walls which surround the city. Incidentally, there is a frequent bus service to York from the village.