B and Bs in Torquay 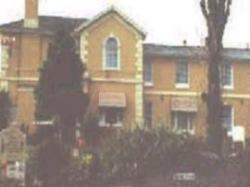 The hotel derives its name from the enchanting Ansteys Cove, once a smuggler's haven. Ansteys Lea became a small hotel in 1946, and is today a 24 bedroom hotel of great warmth and character.

The hotel is situated between Torquay's town centre and marina on one side, and on the other side Babbacombe Downs with their magnificent sea views. The nearby village of Wellswood has a selection of all kinds of shops, including a bank, retail shops, florists and pub.

Within ten minutes stroll from the hotel, you will be in Torquay's centre, enjoying the Edwardian Pavilion, the lights and the harbour. Or a short walk in the other direction takes you to Babbacombe with its famous Model Village - cited as one of the 'twenty places in Britain' you must visit by Woman magazine. Babbacombe also has Bygones, a museum and curiosity shop with a genuine railway engine. The main lawned area sees the sun for the best part of the day, and is so sheltered that almost anything grows. A well laid out rockery meanders round the lawns.