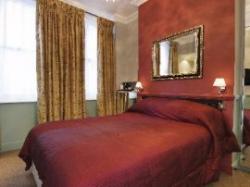 The Fielding Hotel is situated in a charming pedestrian street that still retains its 19th century gas lamps, just opposite the Royal Opera House, it is a haven of peace and quiet in the midst of bustling Covent Garden which, with its pubs, markets, restaurants, shops and street entertainment, is one of London's liveliest areas.Central to all the West End, theatres and cinemas, it is also within walking distance of the British Museum to the north, the Thames and Southbank Arts Centre with its concert halls, theatres, museum and gallery to the south, and to the west, Trafalgar Square and the National Gallery, itself close to Buckingham Palace and Westminster. Other places of entertainment and historical interest abound in all directions.

Number of Rooms: 24
For an instant Currency convertor Click here