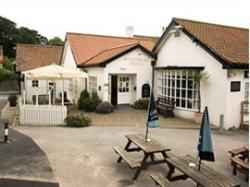 Set in the picturesque village of Walkington we are just three miles from Beverley with its wonderful Minster traditional Market Square and shops. With Beverley racecourse just over 1 mile away, York and the East Coast towns of Hornsea, Bridlington and Scarborough nearby, there is plenty to see and do in the area. The Ferguson Fawsitt was named after two important local families. The original license at the Ferguson Fawsitt was granted in 1866 when J.D. Ferguson brother of the rector, married wealthy heiress Miss. Eliza Fawsitt. The original name of the pub was 'The Bay Horse' and the area now known as the 'Cocktail Bar' was originally the village blacksmith's shop which was in use until 1950. The Carvery area was the area the blacksmiths used to repair carraige wheels and shoe the horses.