"Having been to Berwick street fruit market, it wa...more 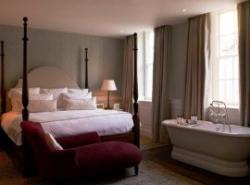 Once home to Hogarth, Dean Street Townhouse has all the drama and decadence of the painters pictures, along with cosmopolitan cool and a British brasserie. Various artists have passed through the 18th-century doors, and in its recent re-incarnation as a Soho House-owned hip hotel, the restaurant, bar and bedrooms still lure in a creative crowd.