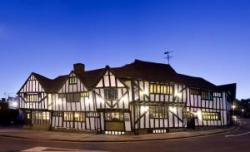 Essex, like the rest of Great Britain, is steeped in history. Its easy to dismiss the county on the basis of unfavourable press that focusses on the negative aspects, the Essex girl for instance. But to do so would be a big mistake as this ancient county has a rich history that has left behind many places and artefacts that are well worth seeing. You would probably need months, even years, to explore all that Essex has to offer those interested in history and antiquity but a short break there can give you a good taste of whats on offer. Heres our guide to just a few of those ancient attractions .

Essex has a very strong Roman connection but prior to the coming of the Romans it was the home of the Celtic tribe the Trinovantes. The Trinovantes had their capital at Camulodunum, which was to become Colchester . When the Romans invaded they received support from the Trinovantes and Camulodunum was established as the Roman capital, making Colchester the first British civitas, or city. The city was razed during the legendary Celtic rebellion led by Queen Boudica (Boadicea). After the Romans abandoned Britain the towns and cities they established could not be maintained as the population turned its back on Roman civilisation. Many people moved back to the countryside and, although it stayed in use, it was some while before Colchester returned to its former glory. When the Normans invaded in 1066 they began a program of castle building to secure their new territory. In Colchester the Normans chose the site of the Roman temple of Claudius for a castle. Colchester castle boasts the largest Norman keep in England, being one and a half times the size of the Tower of London s White Tower. Today the castle is an award winning museum that takes visitors through 2,000 years of British history. The museum is open all year round and is a must-visit destination for those on the trail of Essex history. Colchester has plenty of places to stay but the traveller in search of antiquity might choose the Rose and Crown Hotel , an historic 14th-century posting house located in the city centre. The hotel has 14th century oak-beamed rooms on offer in the original building or more contemporary rooms in the new wing.

Another magnificent Norman castle in Essex can be found at Castle Hedingham , a small village in northeast Essex that is situated along the ancient road from Colchester to Cambridge . Hedingham Castle is now open to the public who can marvel at the magnificent banqueting hall which is complete with a minstrels' gallery and the finest Norman arch in England. Visitors can also enjoy the beautiful grounds, peaceful woodland and lakeside walks, while the medieval village itself features picturesque Tudor buildings and a Norman church . If you wish to stay a while in Hedingham then the Castles own Garden Cottage offers self-catering facilities. Guests in Garden Cottage can take advantage of complimentary entry to the several medieval and jousting events that take place in the grounds over several summer week-ends.

The Normans also built the magnificent Mountfitchet Castle , another of Essexs finest historical attractions. It lies just two miles away from Stansted Airport , near junction 8 of the M11 and is only 30 miles north of London . Now laid out along the lines of a theme park, Mountfitchet Castle and Norman Village is a world famous unique living heritage site. As well as the historic castle, visitors can enjoy attractions such as the House on the Hill Toy Museum. Here you can come face to face with Daleks, view a life size Jar Jar Binks and even have get close up and personal with prehistoric dinosaurs. The modern historical attractions also include the Rock 'n' Roll exhibition and visitors can play with a collection of early end-of-pier amusement machines.