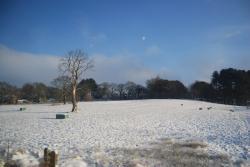 Hope Cottage Surgery
"Your answer phone service is very misleading........the announcement sounds like the Doctors Surgery is closed forever and does not give any informayion on Opening Surgery Hours. regards Juhn Mellor

De Vere Mottram Hall
"Good Points: Our room was upgraded after being given a twin room which was then soaked as the result of a storm and an open window. This room was excellent ..." More

De Vere Mottram Hall
"despite being a pleasant hotel it isnt in the same league as other de vere deluxe hotels. on the weekend we visited we were informed that we could not take ..." More

Prestbury lies in the County of Cheshire in the North West of England and can trace its history back to Celtic times, the Romans also visited here but it was the Saxons that really first set about establishing this as a settlement and leaving behind, as a testament to their visit, The Saxon cemetery, The Saxon Cross and the name Prestbury, which it is believed translates from the Anglo Saxon for Priests Town. Prestbury has always enjoyed its rural setting although at one time it did have a brickworks, though there is nothing left of that today except a few gardens located in gardens. As further confirmation of its rural setting the village boasted a couple of smithies and a corn mill of which little evidence remains. Today it consistently wins the Best Kept Village award and its is no wonder, with its 10th century Norman chapel, 13th century church and its local shops which are nearly all listed buildings. Close by are there are a number of halls to visit as well as Jodrell Bank, Styal Mill and numerous country homes. Prestbury continues to attract new and regular visitors every year with its convenient location and nearby attractions here in the picturesque Cheshire countryside at the foot of the Pennines.


Places to Stay near Prestbury

The Legh Arms provides a breath of fresh air for those seasoned travellers who have grown weary of bland, standardised rooms devoid of character. Here, in one of the UK's most prosperous and charming villages, ... More

The Bridge Hotel is situated in rural Cheshire close to the River Bollin in historic Prestbury, one of the prettiest villages in the north west of England. Prestbury, a one street village has withstood ... More | visit website

This restored Georgian House has been transformed into a luxurious private sanctuary of 21st Century sophistication that defies its quaint rural setting. Each of the twelve individual bedrooms exhibit an ... More | visit website

We look forward to welcoming you to our comfortable home, set in its own gardens with ample car park, half a mile north of the town centre on the A538.

All eight of our bedrooms have ... More | visit website
map book

Chadwick House is the only hotel in Central Macclesfield. We are situated in a prime position with access to the Town Centre which is 400 yards away. We are just ... More

Within easy reach of the M6, M62 and M56. Close to Macclesfield train station, on the main London to Manchester route. Situated in a scenic area of Macclesfield yet only 5 minutes drive from the ... More | visit website