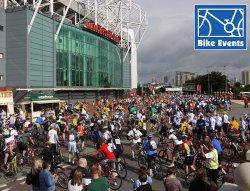 Manchester to Blackpool Ride for The Christie