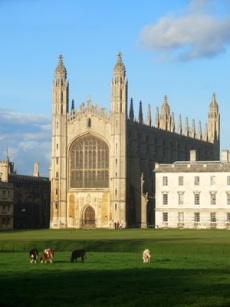 British Cathedrals and Churches by county: 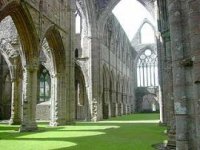 Britains religious buildings tell a story of power, but also of art and faith, with incredible variety: from Lincoln Cathedral, the tallest church tower in Europe, to the tiny Bremilham Church near Malmesbury in Wiltshire; from St Martins in Canterbury, possibly Roman, to St Michaels Cathedral in Coventry, modernist steel and concrete. Their gargoyles and glass, tombs and towers have tales to tell.
We are rich in magnificent Cathedrals: Chichester, famous for its modern art, Canterbury where Thomas a Becket was slain; Salisbury, a symbol of Norman power; the famous dome of St Pauls in London; St Magnus Cathedral dominating the skyline of Kirkwall in the Orkneys, revering a murdered saint, and the only British cathedral with a dungeon; and Norwich, our most beautiful cathedral close.
For centuries the religious orders of Britain were our hospitals, schools and travellers rests, though many were corrupt too. Henry VIII in a few short years from 1536 ended that era when he dissolved and pillaged the orders. But the ruins remaining illustrate their power: the Cistercian Fountains in Yorkshire, the greatest of all; its sister house of Furness in Cumbria, beautiful redstone reminder of monastic industry; and the smaller Tintern Abbey near Chepstow.
In medieval times wealthy merchants tried to buy their way to heaven, leaving us the lovely wool churches like Lavenham in Suffolk, Thirsk in Yorkshire, Northleach, or St Marys in Worstead, Norfolk, perhaps the finest, epitomising the peace and quiet of the country church.
Some of our churches are famous for other reasons: the chapel actually on the old bridge at St Ives in Cambridgeshire; Rosslyn church in Scotland that features in the Da Vinci Code; St Monans church in Scotland, with its photogenic shoreline location.
Even for the non-religious, churches can be moving havens of peace, encapsulating art and history in a moments contemplation.