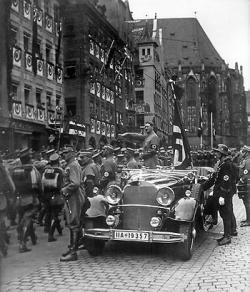 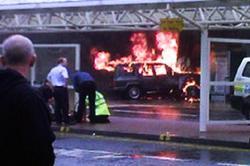 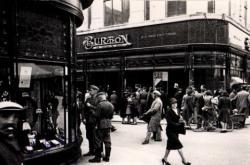 Night of the Long Knives

If the British press and political establishment could have had any honest doubts about the nature of Hitler and the Nazis before, the so-called Night of the Long Knives at the end of June 1934 should surely have put an end to them. The brutality of the extra-judicial action against opponents and potential opponents which took place over a summers weekend was evidence that Hitler stood outside civilised politics.
The senior figures beneath Hitler in the Nazi pyramid were competing for power, exploiting their leaders paranoia when it suited them. Goering and Himmler managed to persuade Hitler with whispers and a dodgy dossier prepared by Heydrich that the Brownshirt chief Ernst Roehm was planning a coup. This was false, but with more than three million armed men under his command Roehm could have been a threat. His homosexuality was also embarrassing for the Nazi Party; and his quasi-socialist views on economics dismayed German industrialists; the army feared being taken over by the larger Brownshirt organisation. Hitler thus decided to remove him from the scene.
Roehms closest supporters within the Brownshirts were added to a list of those to be dealt with. Others joined them: diplomats; communists; journalists; policemen; Kurt von Schleicher, the Chancellor before Hitler, and his wife, un-cooperative officials. In all at least 85 (some believe up to 400) were executed, most shot, though one was hacked to death with pick-axes, and another probably drowned.
Such a death-toll could not be hidden: Hitler told the German people he had saved them from revolution and chaos. Legislation was quickly passed which post-facto made the killings legal acts of state self-defence. Remaining opponents knew their fate should they be deemed dangerous.