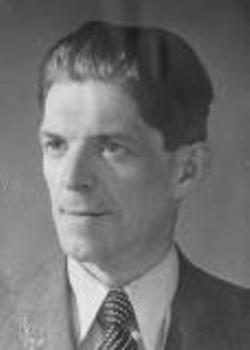 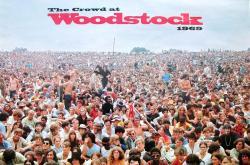 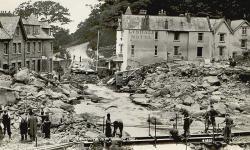 Last Execution in The Tower

There is something tragi-comic about the fate of Corporal Josef Jakobs, the last person executed in The Tower of London ; and something mysterious.
Jakobs though born in Luxembourg was a German national who had served in the German army in WWI , though apparently with no great distinction. On the night of January 31/February 1 1941 he was as an officer of the Intelligence Section of the German General Staff to be parachuted into England to conduct a spying mission, the only passenger (according to his later testimony) in a plane with a crew of five.
Everything went wrong as he made his jump, his ankle broken against the aircraft door as he leapt, and further hurt on landing. So great was his pain that he used his revolver to fire shots and summon help, though in true Dads Army spirit he had already been spotted floating to earth by members of the Home Guard unit at Ramsay in Huntingdonshire. He was found to be carrying wireless equipment, £400 or more in £1 notes, and  definitely a comic part of the story - a German sausage.
Jakobs was tried in camera for espionage, though he had not had the chance to carry any out, found guilty, and shot at The Tower by an eight-man firing-squad, still unable to stand because of his damaged ankle. Why he alone of the spies caught at that time had a military trial, in secret, and a military execution rather than being hanged as the others were, is unclear, mysterious even. He was buried in an unmarked plot in Kensal Green Cemetery.