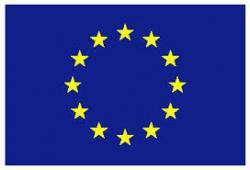 When Sunderland and Newcastle declared their votes in the EU referendum, the first major results of the night, it was pretty clear that Britain was voting to leave. There was almost palpable shock the next day with the sudden realisation that we had decided on departure without any concrete idea of what our new destination would be. It was hard not to conclude that this was above all a protest vote against the establishment that has lost contact with large parts of the country.

There were and are many reasons to dislike the EU. In times of crisis it shows the reactions of a slug, and in times when reform is obviously necessary shows the flexibility of a steel girder. It puts power in the hands of men like Jean-Claude Juncker. As a committee of 28 without a real chairman it could not even design a camel when a horse was needed, arguments over the humps likely to last for years before deciding on 2.58, the Franco-German compromise suggestion. But it and its forerunners have kept all bar the fringes of Europe from war since the 1940s, and contrary to much popular opinion it has facilitated trade. Britains prosperity has grown steadily since we joined on January 1 1973.

Although some Leave campaigners tried to put forward economic arguments, they seemed built on hopes rather than analysis. Much was made of the supposed £354 million a week we may save by exiting the EU, in fact it was spent in speeches as often as efficiency savings are before every general election. But shamefully in all too many overheard conversations and vox pops economics played no part, whereas xenophobia did. It is to be hoped that whoever leads us through this will be able to square the circle of controlling the number of foreign workers here, and keeping going the services and industries they have bolstered for years. Otherwise we may be relying on shell-suited Jeremy Kyle watchers not quite as keen on hard work as the Eastern and Southern Europeans theyve turned against.