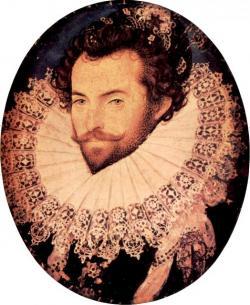 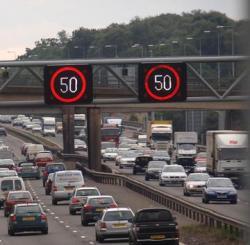 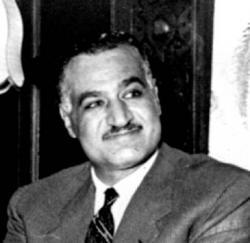 The most fascinating product of the Elizabethan era , Walter Raleigh, was executed on October 29 1618, and with his death the regime of James I wiped away some of the last vestiges of that previous era, bowing to Spain rather than resisting her, and ending the life of one of our greatest poets and explorers.
The Irish whom he savagely subdued, and the Spanish whom he repeatedly attacked, might not have agreed with the view of Walter Raleigh as a great figure, but the English certainly would. A participant in the attack on Cadiz; a searcher after El Dorado (although the legendary city of untold wealth he first sought was Manoa); governor of Jersey; perhaps the most easily read poet of the age, he was most definitely a Renaissance Man. Given that he spent some 17 of his 66 years in The Tower , four for offending Elizabeth by his secret marriage to one of her maids of honour, 13 because of James's mistrust of him, Raleigh's achievements were incredible. Add to the list introducer of tobacco and potatoes, settler of North America and MP for seats in three different counties and the breadth of his interests and work begins to show.
Raleigh was condemned to death in 1603 for his purported involvement in the Spanish backed Main Plot (to replace James with Arabella Stuart), but was reprieved at the last moment when facing the scaffold, and his sentence commuted to lifelong detention in The Tower. There he lived in some comfort, writing extensively, and conceived his younger son Carew in his rooms in the Bloody Tower.
In 1618 Raleigh was allowed to mount another expedition to search for Manoa/El Dorado, seemingly freed, but when the expedition failed, and worse still contrary to his instructions attacked the Spanish city on the Orinoco, San Thome, his fate was in the balance again.
On his return to England Raleigh was shunned by those in power he had thought friends. Angered at the attack the Spanish King, via his minister in London Diego Sarmiento de Acuna, pushed James to invoke the death penalty for Raleigh's crimes of 1603, and though popular opinion was against the outcome, Attorney General Edward Coke conveniently found that Raleigh was already 'civilly dead'.
Thus on the morning of October 29 1618 Raleigh again faced the scaffold, in the Old Palace Yard at Westminster . He had dressed in his finest clothes, predominantly black: an embroidered waistcoat, velvet cloak and taffeta breaches. On the scaffold he spurred the axeman to prompt action, worried his ague would come on and make the crowd believe he was quaking with fear. Examining the axe he joked: "This is a sharp Medicine, but it is a Physic for all diseases." It might have been sharp, but still took two strokes to despatch him.
Raleigh's last letter to his wife is worded as beautifully as his poetry: "Thy mourning cannot availe me, I am but dust," he writes, entreating his wife to survive and thrive for the sake of their remaining son, the elder son Walter having died on the recent ill-fated expedition. And most memorably: "If you live free from want, care for no more, for the rest is but vanity," as he knew that her future life would by no means be easy.