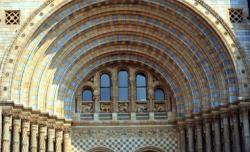 Opening of the Natural History Museum 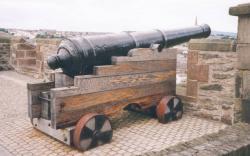 Since December 1922 Ireland apart from the six counties in the north had been The Irish Free State, a British Dominion established by the Anglo-Irish Treaty of 1922. The partition led to the civil war in Ireland that carried on into 1923, De Valera leading the Irish Republican Army who were vehemently against the division of their country.

By 1927, however, De Valera had been brought into government, and in 1932 he became Prime Minister, changing the name of the country to Eire in 1937, a symbol of its identity as separate from Britain.

By the terms of a 1938 treaty between the two states, British naval forces quit their bases in southern Ireland, and the Irish made a settlement of loans provided previously by the British. The two countries were drifting inexorably apart. This separation was underlined further by the decision to remain neutral during World War II .

In February 1948 John Costello at the head of a six party coalition ousted Fianna Fail and De Valera from power, and by November of that year The Republic of Ireland Bill was passed in the Dail, formally ending all Irish allegiance to Britain and its Commonwealth. This Bill came into force on Easter Monday, April 18 1949. Almost 800 years after Nicholas Breakspear the only English Pope had supposedly given Ireland to the English, it was recognised as a truly separate entity, a Republic.