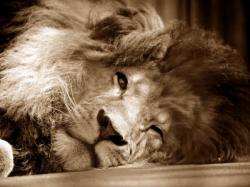 History on 23rd May

Dunstable, Bedfordshire The 23rd of May 1931 AD

The opening of what is now called ZSL Whipsnade Zoo (ZSL being the Zoological Society of London , founded by Sir Stamford Raffles ), originally Whipsnade Park Zoo, marked a turning point for zoos worldwide: it was the first readily accessed open wildlife park.
Whipsnade had and has a mission not only to entertain visitors, but also to be actively involved in wildlife conservation as its parent site Regents Park Zoo already was. Its other antecedent was the Bronx Zoo in New York City, visited in the mid-1920s by Sir Peter Chalmers Mitchell , a senior figure in the ZSL. There he saw the benefits to animals and visitors of more natural settings and open spaces.
Some 600 acres of farmland in the Dunstable Down were purchased by the ZSL in 1926 for the princely sum of £480. Two years of work were required on the infrastructure  roads, fencing and viewing points  and the environment before the first animals could be settled in the park. And it took another three years before it was felt the site was ready to receive visitors. Finally on Sunday May 23 1931 the park opened to the public, rapidly proving a huge attraction. Today Whipsnade welcomes roughly half a million visitors a year. But perhaps more importantly it has been involved in some major conservation projects, including successes like that in 1967 when it bred the first cheetahs born in Europe.