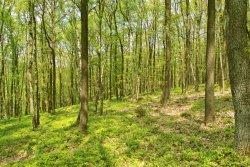 Robin Hood is an English folk legend dating back to medieval times. In popular stories he is a green clad man who, together with his band of merry men (fellow outlaws), robs from the rich in order to help the poor. Later tales depict him as a dispossessed nobleman 'Robin of Loxley' who fights against Prince John; who has unjustly usurped the crown of Richard the Lionheart whilst he was away on crusades.

Loxley is a small village to the north west of Sheffield . The Robin Hood Inn at Loxley was built in 1799 to try to exploit the village's link with Robin Hood and in an attempt to establish a spa resort at nearby Little Matlock. Sherwood Forest in Nottinghamshire is a Royal Forest. Designated a National Nature Reserve in 2002 by English Nature, the forest is in fact now reduced to a little over one and a half square miles around the village of Edinstowe. Edinstowe itself is the site of Thoresby Hall , now a country house hotel with 200 rooms and spa facilities.

Sherwood Forest attracts some half a million visitors annually and hosts the Robin Hood Festival for a week every summer. The rivalry with the Sheriff of Nottingham has had a clear impact on Nottingham itself, with many local businesses using imagery and names from the legend. There is a Robin Hood statue in the town centre, very close to the old market square.

Kirklees was the site of a medieval priory, now in ruins and a medieval village that no longer exists. There is still a reference on the Ordnance Survey map of the area to 'Robin Hood's Grave'. The debate rages on as to the true identity of 'Robin Hood Country', with famous television personalities such as Tony Robinson and Members of Parliament becoming involved. At the end of the day, perhaps you will need to visit both parts to fully appreciate 'Robin Hood Country'.