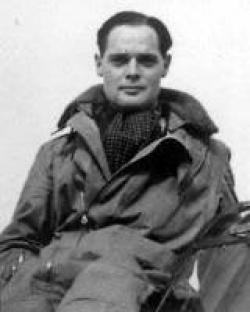 'I then realized my appearance '... More


After a flying accident in 1931 he lost both legs and was invalided out of the RAF. But he overcame this disability and returned in 1939. He commanded the first RAF Canadian Fighter Squadron, contributing to victory in the Battle of Britain, but was captured in 1941 after a collision with an enemy aircraft over Bethune. He received many honours and was knighted in 1976.

Contributors: Do you have a site related to Douglas Bader?
Supply some content for this page and we will gladly add a link to your site. Email here.