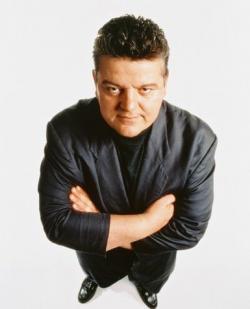 Born in Rutherglen, Glasgow
Born on 30th of March 1950

Won Scottish Council Film of the Year award in 1973 for documentary, Young Mental Health. Worked in theatre with John Byrne. Appeared in television sketch shows, the series Tutti Frutti (1987) and became well known as Fitz in the series Cracker (1993-96). Films include Mona Lisa (1986), Henry V (1989), Nuns on the Run (1990) and played Hagrid in the Harry Potter films.

Contributors: Do you have a site related to Robbie Coltrane?
Supply some content for this page and we will gladly add a link to your site. Email here.