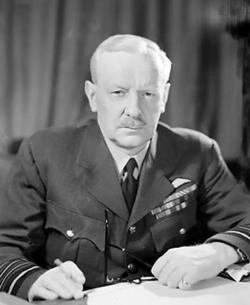 Born in Cheltenham, Gloucestershire
Born on 13rd of April 1892
Died in Henley on Thames, Oxfordshire
Died on 5th of April 1984

Emigrated to Rhodesia in 1910. Joined the Royal Air Force on its formation in 1918. Was Commander-in-Chief Bomber Command RAF from 1942 to 1945. Organised raids on industrial targets in Germany, hence his nickname.

Contributors: Do you have a site related to Arthur 'Bomber' Harris?
Supply some content for this page and we will gladly add a link to your site. Email here.