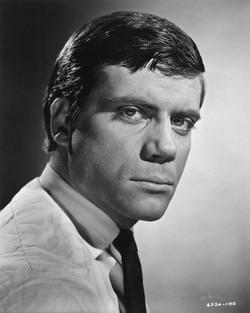 'I'm not as thrilled with mysel'... More

Began as an extra in films in the 1950s. His early films included Sword of Sherwood Forest (1960) and The Two Faces of Dr Jekyll (1960). Became known in the film Women in Love (1965), The Devils (1971) and the musical Tommy (1975). Played the role of Bill Sikes in the film Oliver! (1968). Famous for his excessive drinking, died of a heart attack while filming Gladiator, posthumously nominated for Best Supporting Actor.

From tony hitchcock on 27th April 2013
I too was born in Wimbledon at nelsons hospital,i love my roots and history of the area/

Contributors: Do you have a site related to Oliver Reed?
Supply some content for this page and we will gladly add a link to your site. Email here.