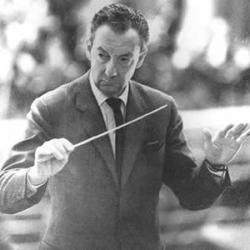 Born in Lowestoft, Suffolk
Born on 22nd of November 1913
Died in Aldeburgh, Suffolk
Died on 4th of December 1976

Britten, now accepted as one of the greatest British composers of the 20th century, was for much of his lifetime an outsider as regards the musical establishment, a provincial and homosexual in more conservative times: he did not enjoy London life, and his studies under Ireland at the Royal College of Music were not the happiest time of his career. As an outsider he resorted to founding The English Opera Group in 1947 and the Aldeburgh Festival in 1948 to facilitate performances of his works and those of others he championed.
Born in Lowestoft, Suffolk, on St Cecilias day (November 22) 1913, Britten had a comfortable upbringing, attending Old Buckenham Hall prep school and Greshams. After the RCM Britten worked for the GPO Film Unit, where he collaborated with W.H. Auden on Night Mail among other productions.
In 1937 Britten met and fell for Peter Pears (though they had met in passing in 1934), who became his lifelong partner. Pears was a noted if controversial tenor whose voice is often derided, though he was a skilled technician. Brittens devotion to opera and other vocal music is in part due to their partnership, with the composer writing specific roles such as Albert Herring, Peter Grimes, Captain Vere in Billy Budd, and Sir Philip Wingrave in Owen Wingrave for his lover.
The couple, as conscientious objectors, spent 1939 to 1942 in America, where Aaron Coplands music impressed and influenced the ever receptive Britten  a trip to Asia in 1957 infused his music with new tones; English folk songs likewise.
Britten, who bought a house in Aldeburgh in 1937, lived happily there for many years, guiding the festival and encouraging new composers. He died of heart failure on December 4 1976, just months after accepting a peerage (having turned down a knighthood previously). Controversy concerning seemingly platonic, if perhaps ill-judged, relationships with young boys flared after his death. As a composer he will be remembered for his operatic music and for pieces such as his War Requiem, The Young Persons Guide to the Orchestra, and Serenade for Tenor, Horn and Strings.

Contributors: Do you have a site related to Benjamin Britten?
Supply some content for this page and we will gladly add a link to your site. Email here.