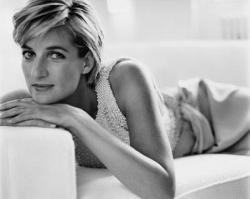 'Carry out a random act of kind'... More


Daughter of Viscount Althorp. Left school with no formal qualifications. Married Charles, Prince of Wales, in 1981 and provided two heirs, Princes William and Harry. Couple separated in 1992 and divorced in 1996. Remained devoted to her sons. Gave considerable time to supporting charities such as Red Cross, helping people with AIDS, campaign for ban on landmines. Died tragically in car crash in Paris.

Contributors: Do you have a site related to Diana Spencer?
Supply some content for this page and we will gladly add a link to your site. Email here.