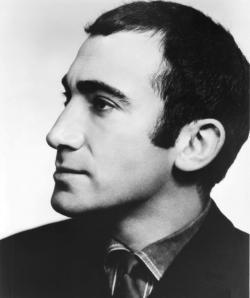 Guaranteed a place in musical theatre history for Oliver!, Lionel Bart made and lost a fortune, drink, drugs and time draining the prodigious talent that also produced many pop hits.
Lionel Bart, born in Stepney on August 1 1930, was the seventh child of an East End tailor. Bart was a stage name, his birth name being Begleiter, his family Jewish refugees from oppression.
Early in life he had great artistic talent, winning a scholarship to St Martins School of Art when just 16, but he was soon expelled. His ability was useful in silk screen printing, his trade for a time after national service in the RAF. Barts entry to theatre came via amateur productions as actor and writer, Joan Littlewood soon hiring him for her left-wing Theatre Workshop.
Rather more commercial success soon came in the pop world: he spotted Tommy Steele in a coffee bar, and provided him with hits including Little White Bull and Rock with the Cavemen. Cliff Richard too had massive hits with Barts Living Doll and The Young Ones, and in 1963 he had another big seller with the theme song for From Russia with Love.
Surprisingly he never learned to read music, and was only a one finger pianist, but that didnt stop him moving in to musicals: Lock up Your Daughters (based on a Henry Fielding play) was well received in 1959, Fings Aint Wot They Used tBe the same year was a critical success, but in 1960 he hit the jackpot with Oliver!, a huge money spinner both sides of the Atlantic. Sadly it was the zenith of his career: Blitz! (1962) And Maggie May (1964) did reasonably, but then a spoof Robin Hood show Twang!! (1965) flopped. Rather than accept the situation he poured money into it, signing away royalties from past shows and even future ones in a doomed attempt to prove the world wrong. Then Strada (1969) closed after one performance. In 1972 he declared himself bankrupt.
Barts hidden homosexuality had always been a cause of great stress; financial ruin tipped him over the edge, and he became an alcoholic, an addiction only conquered at the end of his life. He more than dabbled with LSD and cocaine too. Lionel Bart died in Hammersmith on April 3 1999 after a long struggle with cancer.

Contributors: Do you have a site related to Lionel Bart?
Supply some content for this page and we will gladly add a link to your site. Email here.