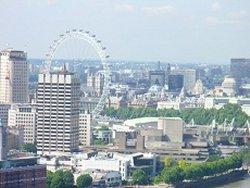 Waterloo is best-known as a rail/tube/bus hub, but it is also the home of the Old and New Vic theatres, numerous museums and attractions, and the restaurants that serve those visiting and the permanent residents... Read More

Hotels in Waterloo - 14 places to stay

Scheduled to open in early 2010 in plenty of time for the London Olympics, Park Plaza Westminster Bridge London will occupy a dramatic position among the South Banks striking architecture ... More

The Novotel London Waterloo is ideally located in the city centre, close to Westminster Abbey and Houses of Parliament. Attractions local to the hotel include the London Eye, Big Ben, Westminster, ... More

This impressive hotel is perfectly situated on the south bank of the River Thames, opposite the Tate Britain art gallery and close to Waterloo rail and underground station. Waterloo Station provides easy ... More

The Wellington at Waterloo

The Wellington at Waterloo is a unique hotel, steeped in history. Located on Waterloo Road in London, directly opposite Waterloo Station, the whole of the capital is on your doorstep. The hotel is close to ... More

A brand new hotel set against the backdrop of London's best historical landmark, Hilton Tower Bridge is a contemporary hotel with a striking exterior, ideally situated on the doorstep of the ... More

Ideal for family getaways, this brand new 4 star deluxe hotel is located on the doorstep of the London Eye and is minutes away from many of Londons favourite tourist attractions ... More

Map of all our Hotels in Waterloo