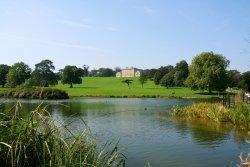 Review of Doncaster by Joanne Jenkinson on May 21st, 2009
On your page regarding Doncaster, you describe the Mansion House as a fine example of Victorian Gothic architecture when it was actually built in 1749 to a design by James Paine. Paine was much influenced by Inigo Jones. You may be wanting to refer to Doncaster Minster which reopened in 1858 after burning down in 1853. The Minster's architect was George Gilbert Scott and is considered a fine example of Victorian Gothic architecture.

Review of Doncaster by Anon on October 19th, 2007
Doncaster is great, I was born there. I came up to visit very close family and stayed at the Danum Hotel. Can I just say what a disgrace this hotel is to Doncaster. If they want to be a 3/4 star hotel in the center of Doncaster then act like it. Day staff, although unsure of their roles, were lovely. Night staff (from 7pm onwards).... rude and simply did not want to assist guests. I would not recommend this hotel. The management need to decide if they are just a hotel who doesn't give a toss if guests come back or a hotel that makes guests want to keep coming back...and back to Doncaster!