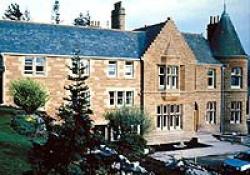 Add your review
Good Points: Staff friendly and helpful. Good food and clean room Bad Points: Had to wait 10 minutes for a breakfast table Room had a view into a back work yard General review: Had a very quiet and peaceful weekend.

Add your review
At first I was deeply dissapointed with this resort. We were told earlier by a local pub owner that it was in need of refreshing. She was correct. The furniture and carpet is old. It is shredded in the entrance and has some stains. We checked in on a Sunday and all stores were closed. Coffee and tea cost $9.00 ( one cup, one pot of tea). No refills. Breakfast would have cost $30.00 for two. The local grocery store ( there are two) are quite limited in stock. Vegtables and fruits can be purchased at the florist. Meat at the butcher. A car is necessary. We requested a non-smoking two bedroom. But, there were ashtrays in every room, including outside. The bedrooms were not spacious. We had to request a top sheet for each bed. The entire unit had to be aired out. The appliances were lacking, but maybe that is European appliances. Our washer/dryer malfunctioned. To our surprise, we had to pay the electirc bill and low and behold, we were charged for newspapers that we did not buy. The club house was nice, but hours were resticted. Towels were provided. Drinks were expensive. The facility on the whole was fine. The local area was pleasant. but not much if none nightlife. Night life was in Aberdeen, which was a 45 minute drive or an hours bus drive. Some castles and distilliries were close by, but on the whole, this location is quite remote and everything is very far away ( 2 - 4 hours each direction). Staff were pleasant, but not informative. They were unable to give us information about the rail system (SCOTRail.com) in regards to times, amounts, and contact numbers. They also did not have bus schedules.