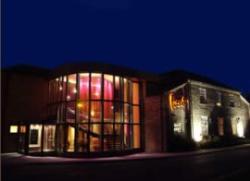 Add your review
The staff at the hotel are a curious mix of the wonderfully attentive, to the quite rude bordering on ignorant. 3 members of staff watched the bride (who stayed the night prior to the wedding) struggle through the reception area no less than SIX TIMES without ever offering her any help whatsoever. We'd have to agree with some previous contributors who found their room somewhat tired and in need of attention, the lighting is beautifully atmospheric but completely useless if you want to do your make up. We too had the excitement of the swiveling toilet seat allied with an interesting carpet stain and a bathroom which was simply neglected and shabby. The room we stayed in boasted 2 beds pushed together as a king and from our party of 5, 3 of us had neck ache the next day, also the generator outside our window kicked in and out all night leaving little chance of peace and quiet. On the Lazaat website you will be promised a meeting with your "team" who will be taking care of you on your big day. This simply didn't happen and this had a knock on effect on the day when none of the staff knew who the groom was until he introduced himself. Similarly just a small thing like the promise of linen napkins on the table was not fulfilled. Paper napkins were supplied, (hardly suitable or a wedding) leaving it to the bride to ask for linen napkins on her wedding morning and then arrange the table, again something that seems insignificant but not if you're the bride to be with other things to do.We were asked for feeback from Lazaat which we sent. It was at this point that we informed him that we had been charged for the room on the night of our wedding which was promised as complimentary, a simple oversight which could be easily rectified. Apparently not.We received a reply from the owner in which he accepted little or nothing in the way of criticism. We were quite surprised that we didn't get a refund or even a credit note for a meal which would have cost them very little. To this day we have not received our refund.

Add your review
The hotel was indeed fabulous, but I was left at reception whilst a receptionist was taking details from a couple organising a wedding. I waited for 20 minutes for a key to the room--there wasn't another staff member around and the receptionist didn't ask me if I needed anything. Another person came for their key and still we were kept waiting. As a result I was very late to an evening reception I was attending. I missed part of the live entertainment. The hotel 'forgot' to book the rooms we needed, then blamed it on a trainee. When my Husband phoned to make sure the rooms were booked he was spoken to in a rude manner.

Add your review
This hotel is beautiful, but the service is terrible. I stayed here the night before and the night of my wedding. We could not get into our (very expensive) room on our wedding night, as at quarter past 12 there was no sign of anyone to give us our key. We waited for well over half an hour. There was no apology, in fact we were made to feel like an inconvenience, both the morning and night of the wedding. We also didn't appreciate waiting 40 minutes for our breakfast to be served, though the food is said by many to be lovely. The place is clean, beautifully designed and decorated, but the senior management are rude and dismissive.They seemed to take objection to the fact that we were not getting married there, but were 'using' their hotel. (We had too many guests to get married there anyway.) The most senior staff member was very rude to about father to other guests (who told us, as it just so happens they were friends of ours and guests at the wedding!) I deem to be very unprofessional. On discovering that we wanted to take a few photographs, the owner tried to suggest that my dad should pay more money. I certainly would not have entrusted my wedding day to this establishment.