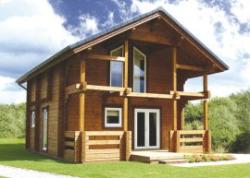 Add your review
I booked a surprise romantic weekend away for my boyfriend as it was his 30th birthday. We were given the key to our lodge. On entering we were so excited and couldnt wait to open a bottle of wine and relax in the hot tub under the stars. BUT...Our dreams went to hell.... First of all the cleaners did a great job (NOT) as they didnt notice another womans dirty underwear on the lounge floor. I mentioned it to the management and they agreed it was out of order but they made no attempt to pick it up. I HAD TO DO IT!! Secondly the hot tub was filthy with white creamy bits in. (Leave that to your imagination). During the night all the lights started surging and making a buzzing noise which was quite alarming. We got up and my boyfriend went to make a hot drink then all of a sudden the power went off and stayed off! Early Saturday morning we woke again to builders on site banging and drilling. The smell of raw sewage was very strong, to be told that it had been like that for weeks. There was dog muck on the lawn at the back too. I demanded to be moved but all they could offer was the lodge next door but one but it was closer to the drains and the hot tub was broke. I rang Hoseasons and demanded that we moved immediately to a different location. It totally ruined the surprise weekend I had planned.