"what a lovely market Tamworth is, very busy, load...more 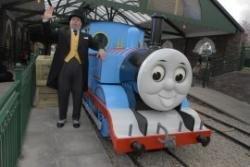 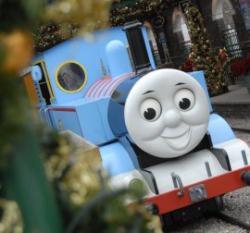 The theme park is also home to Europe's first and only Thomas Landÿ, featuring 12 rides based on popular Thomas & Friendsÿ characters, such as Cranky's Drop Tower, the Troublesome Trucks Runaway Coaster and a special Thomas the Tank Engine train ride. There's also indoor and outdoor play areas, a restaurant and a shop.

For the more adventurous, the park boasts some of the biggest, wettest and scariest rides around, including G-Force, Shockwave, Maelstrom and Apocolypse. Once the excitement of the rides has got too much, take a relaxing stroll about Drayton Manor Zoo and see a huge variety of animals from tigers and leopards, to snakes and spiders, as well as exotic birds, mischievous meerkats and playful penguins. There are also monkeys and primates, tapirs, ostriches and reindeer. New for 2009 - a sensational 4D Effects Cinema.

Families can watch a film in 3D whilst seated in specially designed chairs. These react to scenes in the film, by moving up and down, releasing sprays of water, bursts of air, bubbles and various smells, ensuring the ultimate cinema experience.

The festive season has arrived and Drayton Manor Theme Park, near Tamworth, Staffordshire, is inviting families to join in with the Christmas celebrations at its popular Thomas Land attraction.

Families can also take a trip on Thomas, Rosie or Percy to Farmer McColl's Farm and meet the resident reindeers. The park's ever-popular zoo will also remain open during this period. As a home to a wide variety of animals, including penguins, big cats, reptiles, and primates, the zoo has something for all animal lovers. The main theme park will remain closed from 2nd November and will re-open on 20th March 2010.