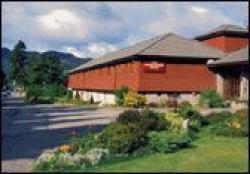 The Killin Hotel is situated in the central Highlands at the west end of the Loch Tay. It is arguably the most picturesque village in Scotland, surrounded by mountains, rivers, and lochs but still within easy driving distance from Edinburgh and Glasgow. Having been recently refurbished Killin Hotel now has 32 newly decorated bedrooms, one of which is our Lochay four poster suite which is very romantic overlooking the River Lochay. The Killin Hotel stands on the banks of the River Lochay, occupying the site of the old "Streethouse Inn", a 17th Century refreshment stop for the Aberfeldy to Tyndrum coach.