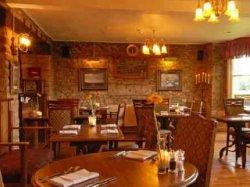 Reminiscent of its beginnings as an elegant country residence, this Victorian hotel has undergone a remarkable refurbishment. Chosen for leisure, business or romance; Owners Graham and Paula Cox have taken great care to blend traditional style with modern amenities, mixing power showers with Victorian style sit-in baths. The popular restaurant serves a seasonal menu with plenty of fresh fish delivered daily from the coast. Burford is a delightful village with many antique and craft shops, and is an ideal base if you wish to travel to Oxford or Cheltenham, explore the Cotswolds or play a round of golf at the Burford Golf Course. Traditional comfort and service, fine cuisine, and a charming attention to detail. Your hotel experience at the edge of one of premier Cotswold destinations History.... Burford Lodge was built c1814, most probably as an elegant country residence for a local businessman, and was the first property to be built alongside what was then a new road. By 1844, it was The Birdâs Nest public house, and, in 1864 became The Oxford. Soon afterwards, called Oxford House, it was the private residence of Thomas Henry Reynolds who wrote hymns, edited a hymn book, and was financially involved in the Burford brewery and a number of local utilities. He renamed the house High View, and this name remained when, c1930, it was once more converted to trade as The High View Private Hotel. Later, the liberally-minded Sharpe family, conservationists, musicians and naturists, operated The High View as a bed and breakfast establishment with a caravan site attached. Their business continued until the 1960s, after which it was known for a while as The Winterâs Tale. Since then, the building has been one of the properties in the estate of a national brewery. The business was bought in 2004 by Graham and Paula Cox.