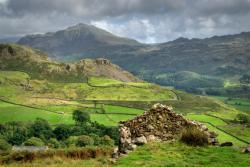 Speyside has plenty to offer beyond its whisky, but the great draw to the area for most of those touring there is that sublime liquid. Depending on how you define Speyside (there being no official version) it contains about 45 working distilleries, several with visitor centres. That means about a third of Scotlands distilleries are found in this pleasing little patch.
The broadest definition of Speyside would cover everything in the wide band between the coast to the north and the granite mountains to the south starting at Inverness and finishing in Aberdeen . But the heart of the region is found in the narrow confines of a quadrilateral with Forres , Buckie , Dufftown and Grantown-on-Spey at its corners. Within that area sit the settlements of Rothes , Craigellachie, Keith and Elgin too.
For novices as well as initiates a visit to Speyside distilleries is of huge value as a tasting experience, not least because the whiskies produced tend to fit, in very broad terms, within two distinct characters. On the one hand there is the light, rather subtle and genteel style, often with a grassy note to it, epitomised by the sadly (and wrongly) mocked Glenfiddich, paying the price of success (how perfidious we can be, it was Glenfiddich that pioneered the single malt at a time when the blend was all); likewise by Glenlivet and Cardhu. On the other you find big, fruity, round drams like The Macallan and Balvenie.
How strange that two whiskies as different as Balvenie and Glenfiddich should be just a stroll apart in the pretty village of Dufftown  though perhaps not when you realise they belong to the same company. Glenfiddich has a renowned visitor centre that is definitely to be recommended. Such places have become increasingly common over recent decades, and a few distilleries with no such facilities can still offer tours if they are contacted in advance to make arrangements. But other than for the completist or fanatic there is no need to make life difficult, just make for the visitor centres.
An exception to that latter rule is The Balvenie Distillery which is within sight of Glenfiddichs visitor centre. Tours at Balvenie must be booked in advance and are not cheap, but as they basically do everything themselves on site, including having their own floor malting, you get to see the full process  and even have the chance at the end to bottle your own version, again for a price.
Even those distilleries that cannot be inspected can be visited in spirit as it were, their products tasted in your hotel or a local inn, as can the malts made by various closed producers  a strange sort of time travel, enjoying the fruits of dead institutions. Strathislas visitor centre in Keith arguably enjoys the most beautiful setting, promoting the Chivas Blend as well as the intriguing Strathisla single malt. Major investment has gone into the facility, which is an enhancement worthy of Speysides oldest still.
Glenlivet Distillery in Glenlivet village has a fascinating history, not least the well-known story of others for a time hijacking the name to lend an air of quality to their own whiskies. The centre here is free to enter, but tours give far greater depth, though they must be pre-booked (and as with all such are for the over-18s only).
Though sadly no longer distilling, Dallas Dhu has a noted centre (with an admission price to pay) with audio-visual presentation and a tour of the facilities.
If you wish to limit your travel but still fit in several distilleries in one day, the little nexus around the Bridge of Avon includes Glenfarclas , Cardhu , and Cragganmore , all with tours available. And speaking of travel, you may want to think about booking a taxi or minibus for the day rather than having a resentful designated driver!
So what else can you do between distilleries? If you time things right events like Dufftowns Highland Games in July provide great entertainment and a touch of culture too.
Golf is the Scottish game par excellence (see what we did there?), and away from the most famous links green fees tend to be very reasonable, and it is a rare course that wont have views that stick in the memory like a hole-in-one. You are spoiled for choice in this area.
You may find the coast and a breath of sea air inviting, especially if you have tried one too many expressions as the whisky makers call their variations-on-a-theme. Buckie is a pleasing little fishing town, and the village of Portsoy is very pretty, but heading a little further east gets you to Pennan, whose beauty earned it a place in the film Local Hero , its whitewashed houses seen with the cliffs rising behind them. Or blow the cobwebs away in the Cairngorms National Park , just a short drive southwards, and stating the obvious a little bit up too.
That such a fertile area has plenty of castles that once guarded it should come as no surprise: Brodie Castle near Forres and Ballindalloch Castle near Bridge of Avon particularly lovely, though they have many more martial rivals dotting the countryside.
Even away from distilleries theres whisky-related stuff to be seen, for example the Speyside Cooperage at Craigellachie between Dufftown and Rothes offers paid tours to see the vitally important arts of cooperage and charring in action. And whisky lovers will know the name Gordon and MacPhail , whose famous shop is found on South Street in Elgin, with hundreds of whiskies available but with no shortage either of fine cheeses, hams and other delightful comestibles  one of the great foodie destinations in Scotland.
We have a multitude of accommodation options available in this decidedly visitor-friendly region: top-end hotels often with fabulous ranges of the good stuff in the bar; or quieter little family places; old inns ; or in such a small area a cottage or campsite may appeal as a base for exploration.