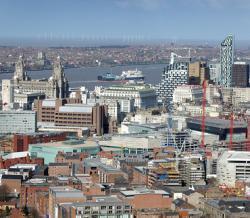 Here There and Everywhere  The Beatles Liverpool

There are of course many more reasons for visitors to head to Liverpool than just its Beatles connections: the vibrant redevelopment of the Albert Dock area where among other attractions youll find the Tate Liverpool (free to enter except for certain special events); the football either side of Stanley Park, and the racing at Aintree ; shopping from quirky little places to the massive Liverpool ONE. But while your home town or city may have similar shops, sporting venues and art galleries, only Liverpool can claim to be the city that gave birth to the most significant band in pop and rock history: The Beatles.
A whole Beatles industry exists in the city, and a coach trip or guided tour is a good way to begin exploring their legacy and roots, but if you prefer to take your time and follow your own agenda its pretty easy to cover the major commercially run sites in a couple of days or so. Two special places do, however, require you to book a tour in advance: because of huge demand the National Trust only allows visits to John Lennons childhood home Mendips , and Paul McCartneys at 20 Forthlin Road, via one of its guided tours which run between February and November. Its worth it to see the decidedly humble beginnings of arguably the two greatest songwriters of the 20th century, and to contrast the wealth they rose to with their very ordinary starts in life.
It may be a reconstruction, but the Cavern Club at 10 Mathew Street merits its self-proclaimed title as The Most Famous Club in the World. Some nights feature Beatles tribute acts to give a further taste for their era, though the architecture has you well on the way as soon as you see inside, and it is also a venue for contemporary acts  maybe the next big thing? Theres a shopping centre next to the venue whose focus on boutiques is another nod to the sixties . The Cavern is a reasonable walk from Albert Dock where among many fascinating places one in particular draws fans of the Fab Four: The Beatles Story , which over recent years has expanded and become more interactive but still has the central aim of capturing the magic of the band. For a feel of the world they inhabited in their youth the city naturally has many spots associated with the upbringing of the future stars: Liverpool College of Art where Lennon studied is in close proximity to Liverpool Institute , the selective school that Paul and George attended and that has now become a university level centre for the performing arts, with McCartneys backing.
How about a quick song title tour? Penny Lane is in the south of Wavertree ; Strawberry Field only a little north of Menlove Avenue where Mendips is located; Lime Street, mentioned in their working of the traditional Maggie Mae, is pretty central; and Eleanor Rigby is surely linked to the grave bearing that name in St Peters churchyard in Woolton.
Once you are in Liverpool research to find your way is no problem  the Scouse nation not famed for reticence. In fact if you mention what you are doing at your hotel or B&B youll probably get some guidance there and doubtless a few stories about family connections along with some personal reminiscences: Liverpool is a small big city. Someone may direct you to the Casbah Coffee Club in West Derby where the band played early gigs, now a National Heritage building; others point out that Paul and John first met at the church hall of St Peters in Woolton. Mendips wasnt Lennons only home in the city  he and Julia spent a short time at 120a Allerton Road in Woolton.
There are plenty of shops too dotted around the city selling memorabilia  some timeless like the music, some not so  but just letting your mind imagine that era as you explore the place is free of cost.
Information Britain has a very wide selection of places to stay in and around the city, and you can access railway tickets through the site too  why take the car when the train can deliver you to the centre without hassle?