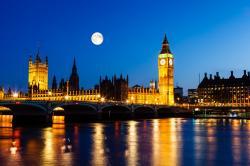 British Airways London Eye
"I was wary of the London Eye as a tourist trap (and the prices they try to charge for jelly-beans as you file past in the queue are ridiculous), but ..." More

Westminster Cars
"Outstanding customer service - early for pick up, polite and courteous and in a clean, spacious vehicle too. Despite being stuck in the car for an hour and a half ..." More

The district of Westminster boasts two of the capital's most famous and spectacular buildings: Westminster Abbey and the Palace of Westminster, whose clock tower, housing the massive 13-ton bell called Big Ben, is instantly identifiable as a symbol of London. The original palace was home to generations of royals until 1512. The House of Lords, also based at the palace, remained there, to be joined by the Commons in 1547, bringing the Houses of Parliament together in the location they still occupy today. The palace was almost completely destroyed by fire in 1834 and was rebuilt in magnificent Gothic Revival style over 30 years. The 14th Century Jewel Tower, which escaped the fire, now hosts an exhibition about Parliamentary history. Westminster Abbey dates back to 1066, although the present building, in all its stunning Gothic splendour, was begun in the mid-1200s. Some 17 monarchs are buried here. So, notably, are many of the literary giants commemorated in Poets' Corner. Westminster School, College Garden, Chapter House and Museum, and St Margaret's Church, serving the House of Commons, are within the Abbey's precincts. Not far away, and also worth visiting, is the interactive exhibition at The Churchill Museum and Cabinet War Rooms.
Image courtesy of www.photograph-london.com

Places to Stay near Westminster

Scenes of modern urban life are reflected in the vibrant streetscape in London's media neighbourhood just north of Soho. The area brims with bars, restaurants and shops and the theatre district is a short walk.

This landmark hotel takes centre stage in an area of London renowned for its glorious pageantry. Located in a quiet area of Whitehall, on the banks of the River Thames, opposite ... More

Scheduled to open in early 2010 in plenty of time for the London Olympics, Park Plaza Westminster Bridge London will occupy a dramatic position among the South Banks striking architecture ... More

London's City Inn Westminster, our flagship hotel in the heart of the city combines a passion for modern design and innovation with contemporary living.

It is ideally located next to the Tate Britain and the ... More | visit website
map book

Located in the heart of London just off the south side of Trafalgar Square. Northumberland House is a magnificent Grade II listed building, and is a short step away from ... More

More than just a five star hotel, 51 Buckingham Gate, Taj Suites and Residences, situated in the heart of Westminster, central London, comprises a total of 86 luxury suites and ... More