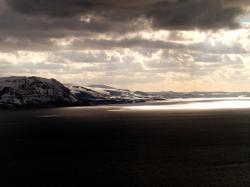 Greenacres Holiday Park
"I have been an owner now for about 12 months. My husband and I love our caravan although it is going to be expensive to keep it going. We are ..." More

Greenacres Holiday Park
"In response to our customer feedback in 2009, here at Greenacres we are introducing a brand new cleaning process for 2010 and we are confident that our guests will be ..." More

Porthmadog is probably one of the busiest towns on the Lleyn Peninsula and it is unusual as it is built on reclaimed land from the sea. The slate mining industry that grew up around this town saw it undergo an extremely rapid growth in the mid 19th century, prior to then this town did not exist. William Maddocks, is credited with the idea of creating this town out of the marshland in the Glaslyn Estuary, he also had the foresight to build an embankment, known locally as The Cob and a harbour from where hundreds of thousands of tons of slate left Porthmadog to all parts of the world. By the late 19th century the railways had arrived and a decision to use Holyhead as the main port for Ireland severely effected the trade out of Porthadog to the extent that by 1945 shipping was no longer the economic driving force it once was in the area. The railways also were shortlived, the Ffestiniog Railway built to transport the slate to the harbour closed and fell into dereliction  only to be rescued by enthusiasts around the mid 1950s and suddenly Porthmadog began to thrive again with the new industry of the 20th century  tourism. The narrow gauge railway that once transported slate now took tourists through some of the most picturesque parts of Snowdonia, the Ffestioniog Railway was reborn and today provides a vital link on the local transport system. The town of Porthmadog is such an attractive location that tourists return every year to enjoy the hospitality on offer and they bring their friends thus introducing even more tourists to this pretty little town. Whilst the town centre boasts a range of traditional local shops most people visit to appreciate the sandy beaches at Black Rock Sands and the steam railway enthusiasts cannot fail to be impressed by the current steam trains in use. It may well have been a great seaport rich in maritime history but today it is a prime location for visitors who want to enjoy the seaside and yet appreciate the dramatic scenery that Snowdonia can provide.

Places to Stay near Porthmadog

The Royal Sportsman is Porthmadog's premier Hotel, the only full service quality Hotel in Porthmadog with star ratings awarded by both the Welsh Tourist Board and the AA. The Royal ... More

Travelodge Porthmadog is located just 2 miles from Portmeirion and is just under a mile away from Snowdonia National Park. The hotel offers free onsite parking and offers great access to nearby attractions. Guest rooms ... More | visit website

The Golden Fleece has long been known for good food and a wide selection of fine wines, real ales and local beers. Our bar menu is extensive with specials added daily. For a special occasion ... More | visit website
map website

The Hotel Portmeirion is based on the early Victorian Villa near the shore. The old house was converted into a hotel by Sir Clough and opened for the first time at Easter 1926.

A 17th century stone built cottage, in a quiet location adjoining the owners' home and set in four acres of garden and woodland just three miles from the little village of Tremadog. Well furnished throughout, ... More

A warm Welsh welcome awaits you at Gwrach Ynys, a 4 Star Edwardian country house situated in glorious tranquillity nestled between the Rhinog mountains and the sandy beaches of the Cambrian coast.

The house is surrounded by an ... More | visit website
map book

Locate approximately 4 miles North of Harlech on the A496 the Estuary is a STRICTLY NO SMOKING PREMISES (including car par and all outside areas) ideal for visiting the St. ... More

A haven of peace and tranquillity, this family run residence is immersed within 7 acres of private grounds on a secluded hillside setting, boasting spectacular views of Snowdonias National Park. Overlooking the ... More

If you are seeking spectacular views and a place to stay which can offer warmth,comfort, quality and character, you can be assured of a friendly welcome when you stay at the Glyn-y-Coed. Situated in the ... More | visit website