"The Long Walk through Windsor Great Park, is prob...more 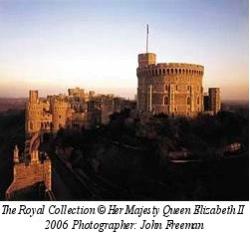 Windsor Castle is the oldest and largest inhabited castle in the world. Its rich history spans more than 900 years. The magnificent State Apartments reflect the changing tastes of successive monarchs, from the Baroque grandeur of Charles II to the highly acclaimed restoration work following the devastating fire of 1992. They form the heart of the palace and are used regularly by The Queen and the Royal Family for ceremonial and state occasions. St George's Chapel, within the Castle precincts, is one of the most beautiful ecclesiastical buildings in England. Ten monarchs are buried there, including Henry VIII with his favourite wife, Jane Seymour. Please note St George's chapel is closed to visitors on a Sunday. The Drawings Gallery, Windsor Castle The Drawings Gallery shows changing exhibitions of material from the Royal Library at Windsor Castle. The special display below is shown alongside a selection of treasures from the Royal Library. 24 February 2010  6 February! 2011 Marcus Adams: Royal Photographer displays royal portraits by Marcus Adams, who photographed four generations of the Royal Family between 1926 and 1956. The centrepiece of the exhibition is a charming group of photographs of the very young Princess Elizabeth and Margaret taken in the 1920s and 1930s. Highlights for Children Queen Mary's Dolls' House, a masterpiece in miniature, is the most famous dolls' house in the world. Also on display is the last and largest suit of armour made for Henry VIII, and the armour of the 14 year-old Henry, Prince of Wales, elder brother of Charles I. A range of family activity trails is available free of charge from the Admission Centre. Open: Open daily, March to October, 09:45-17:15 (last admission 16:00), November to February, 09:45-16:15 (last admission 15:00) The Castle is closed Good Friday and 25 and 26 December. As Windsor Castle is a working royal palace, opening arrangements my change at short notice