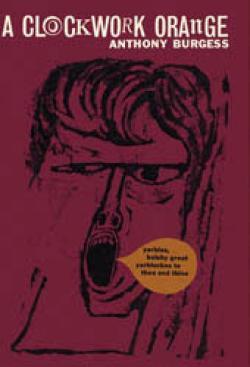 A Clockwork Orange is one of the most controversial films in cinema history: the clarity of the novel by Anthony Burgess was lost or deliberately obscured by director Stanley Kubrick. The resulting film is morally confused  do we sympathise with the protagonist Alex, memorably played by Malcolm McDowell, in spite of his violent nature and history of rape because the government converts him  temporarily  into a creature without free will? Yet visually and audibly the 1971 film was also one of the most stylish and innovative in a stylish and innovative decade: Kubricks use of a camera falling three floors simulating the view of the falling Alex is stunning; the bowler-hatted dandyism of the gang is menacing and sharp simultaneously; Wendy Carloss Moog synthesiser versions of classical music bridge the artistic and the futuristic; and Kubricks sparing use of the novels Russian-tinged gang argot Nadsat achieves the balance between comprehensibility and colour to perfection. Unlike say its near contemporary The Wicker Man it retains the power to shock to this day. Unsurprisingly given the nature of the film, however technically brilliant, A Clockwork Orange won no Oscars despite receiving four nominations.