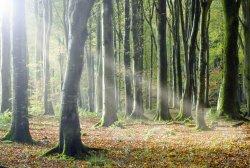 Dumfries
Did you know that the pedal bicycle was invented in Keir Mill (14 miles from Dumfries) by Kirkpatrick Macmillan , a local blacksmith, in 1839? His machine was an improvement on the scooted hobbyhorse; though heavy, his invention could manage the trip to Dumfries in an hour; and the 68 miles to Glasgow in two days. He never bothered to patent his idea.
Gretna
Did you know Did you know that the M6 Motorway Rugby to Gretna is the longest motorway in Britain at just over 226 miles? Effectively the run is even longer, as the route simply becomes the A74(M) once over the border into Scotland, leading all the way to Glasgow. The first section  which was the first stretch of motorway in Britain  opened near Preston in December 1958; the last section linking the M6 and the A74(M) opened on December 5 2008  half a century after the first.
Gretna Green
Did you know why Gretna Green has its reputation as a romantic place to wed? In England changes in the law in 1754 meant that elopement marriages became impossible; but in Scotland until 1856 it was only necessary for couples to pronounce their wish to be man and wife before witnesses for a marriage to be considered legal. Thus Gretna, (and specifically its smithy) just over the border on the main northwest route, became the destination of choice for runaway lovers.
Kirkcudbright
Did you know that the man who may have been the oldest ever British male is buried in Kirkcudbright? He was Billy Marshall, known as King of the Lowland Gypsies, supposed to have been 120 at his death in 1792. In his long life he was married 17 times; deserted from the army on seven occasions and the navy three, and fathered four children after he turned 100.
Lockerbie
Did you know that the bloodiest family feud in Scottish history had its most terrible hour at Lockerbie in 1593? On December 7 that year more than a thousand men of Clan Maxwell came to attack a few hundred belonging to Clan Johnstone. Poorly led, the Maxwells were outwitted; some were killed as they crossed Annan Water; others ambushed; many more were hunted down and despatched with a sword stroke given the nickname the Lockerbie lick. Some 700 Maxwells perished that day.
Ruthwell
Did you know that the Savings Bank in Ruthwell when opened in 1810 was the worlds first commercial savings bank? It was founded by the local minister, Henry Duncan. Accounts depositing at least four shillings a year, and keeping the money in for three years or more, earned interest of five per cent (but interest was paid only on whole pounds  theres always small print isnt there?). The bank closed long ago, but is maintained as a museum.
Sanquhar
Did you know that Sanquhar is home to the worlds oldest Post Office - established in 1712? From the building riders carrying messages were sent to aristocratic families in the districts either side of the border  a service dubbed the Nithsdale Cross-Post. The next oldest Post Office is in Stockholm, established eight years after the Sanquhar operation.
Thornhill
Did you know that the first Duke of Queensbury only visited the grand house he commissioned, Drumlanrig Castle near Thornhill, on one occasion? He was said to have been so shocked at the cost incurred by architect Sir William Bruce that he could not bring himself to return to sleep again in the building which was constructed between 1684 and 1691.