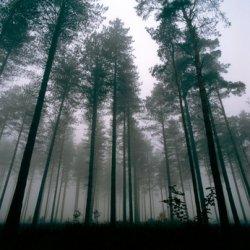 Blakeney
Did you know that the church at Blakeney in Norfolk has what may be a unique feature  a lighthouse tower? The Church is fittingly dedicated to St Nicholas , patron saint of fishermen. It has an ordinary church tower, if a particularly high and fine one, but at the other end of the building near the chancel stands a miniature version, from which a light was shone for sailors returning to what was once an important port.
Caister-on-Sea
Did you know that Britains first holiday camp was at Caister-on-Sea in Norfolk? Opening in 1906 it doesnt sound much fun - no talking after 11pm, fines for messy tents; no swearing, no gambling and no alcohol! But the clientele included Keir Hardy and George Bernard Shaw as the camps creator John Fletcher Dodd (it began as a few tents in his garden) was a friend of theirs via his founder-membership of the Independent Labour Party. Later on it even hosted an occasional cabinet meeting.
Fakenham
Did you know that All Saints Church in the North Norfolk village of Bristow, about 10 miles from Fakenham, has on display a metal cello made in 1700? A Mr Clithero, the village blacksmith, made it himself, and played it regularly in the church. If that strikes a chord, on a smaller scale but associated with a bigger name, Bedford boasts a metal violin made by John Bunyan who in his youth worked as a tinker.
Holkham
Did you know that Holkham Hall became the second stately home to open to the public when it threw open its gates in 1777? The Palladian mansion was completed in 1764, its huge cost  and the loss of much of the family fortune in the South Sea Bubble fiasco  left the Coke family finances in a parlous state for years. Thomas Coke, son of the man who had Holkham Hall built, pioneered crop rotation, fodder crops and the use of manure to fertilize the fields of his extensive estate farms. His son Edward was the originator of the Bowler hat , designed to protect gamekeepers from low branches while riding  and from the sticks carried by poachers.
Kings Lynn
Did you know that the stables of the magnificent Palladian mansion Houghton Hall near Kings Lynn house the largest collection of Toy Soldiers in the world? The figures number more than 20,000, set out in various dioramas depicting some of the great battles of history  most notably Waterloo and Little Big Horn.
Swaffham
Did you know that the round tower of St Andrews Church at East Lexham, seven miles from Swaffham, is thought to be the oldest Saxon tower in England? Adjoining a later church the simple round tower is in open country and dates from roughly 900AD. It has a very few tiny windows, speaking perhaps of defensive duties in its younger days.