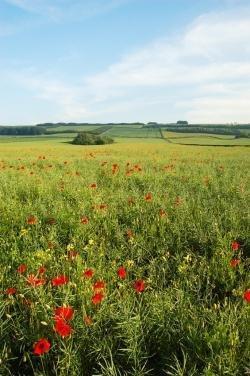 There is something contradictory about Harrogate: in historical terms it is relatively new, developing initially as a spa town after William Slingsby happened on a mineral spring there in 1571. But it has a very old feel, with some decidedly elegant architecture and a real feeling of solidity. There are scores of excellent modern restaurants in the town (somebody should let the London press know), but Harrogate's most famous eaterie is Bettys Tea Rooms (no apostrophe is the convention), renowned for teas, cakes and simple English fare.

That is not to say that the town has evaded the modern world: the Harrogate International Centre is a positive pleasure to visit for exhibitions and conferences. The provision of hotel and other accommodation in the town reflects its history very clearly. There are grand spa hotels, venerable coaching inns, and boutique hotels along with simple old-fashioned B&Bs and for the long-stay business market there are plenty of smart apartments too.

The spa's history can be experienced at the Royal Pump Room Museum, and for the brave the water can be tasted too. Better perhaps to be Bertie Wooster enjoying the fine dining in the town than his uncle taking the cure - one wonders if Bertie graced the suitably named Majestic Hotel, the regal Balmoral, or the country house Rudding Park just outside the town; or maybe the Nidd Hall Hotel, suitably grand and refined all of them.

Agatha Christie fled to Harrogate in her famous disappearance in 1926, staying under an assumed name at The Old Swan Hotel - she may have been confused, but she was not foolish, picking another place known for its refinement. The Cairn Hotel is another built for the spa crowd.

There is magnificent countryside with fascinating attractions all around Harrogate - most famously perhaps Brimham Rocks, though HowStean Gorge, Mother Skipton's Cave, and Stump Cross Caverns vie for prominence too. An enjoyably lazy way to enjoy some of the sights is on one of the two preserved railway lines in the area - Embsay and Bolton Abbey, and the North Yorkshire Moors.

If you just fancy some green space, The Stray in Harrogate itself is a pleasing option, a large common within the precincts of the town: The Yorkshire Hotel gives directly onto it, as does The White Hart on the delightfully named Cold Bath Road. But if you really want to get away from it all, there are cottage options readily found too, like the Dinmore Cottages in nearby Burnt Yates, or the stone-built houses in the grounds of Rudding Park.

The town's significance as a coaching centre is recalled by the several inns laying claim to a history in that business: The Boars' Head in picturesque Ripley just a short drive away; the Yorke Arms in Ramsgill; and The Crown Hotel in Harrogate is another, one of the grandest coaching inns you'll ever find, though the historic Cedar Court Hotel, Harrogate's first dating from 1671, pushes it for grandeur.

Harrogate of course is also famed for its conferences, and business travellers on longer stays may be attracted by the convenience of apartments like Arden Houses, or the succinctly named Harrogate Apartments.

While Betty's may spring to mind for food when Harrogate is mentioned, there are plenty of more contemporary offers too: the Studley Hotel promises Pacific Rim; the Hotel du Vin (another overlooking the 200-acre Stray) has a smart bistro. People used to come for the waters (the beers at the Black Sheep and Theakston's Breweries in Masham seem a better bet - talking of which Ripon Racecourse is handy too). Now they come for the food, the fantastic independent shops, and the beautiful Yorkshire scenery. Can't be bad.