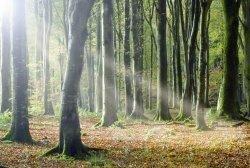 Dumfries and Galloway in South West Scotland is all too often an area that tourists from the south rush through on their way somewhere else: maybe heading for the Highlands or on the road to the ferries at Stranraer. But it is a place with so much to offer, not least its accessibility for the English and for those coming from Scotlands Central Belt.

If you are (foolishly) rushing through the region, at least think about a relaxing overnight stop to relax and take on some culinary fuel: the cheeses here are famed, and of course the local Galloway beef. If you can find time visit The Galloway Smokehouse on Wigtown Bay and youll never bother with supermarket smoked salmon again. The Moffat House Hotel is easily reached just off the M74; or if heading across to Edinburgh the Cross keys Hotel in Canonbie will have you following in the wheel-tracks of those who used this ancient coaching inn centuries ago. Think about a stay in Stranraer too if going to or coming from the port: for something a bit different try the Corsewall Lighthouse Hotel; similarly what was once a convent is now the Cross Haven Guest House near Stranraer; or try the one-time manse at Cairnryan just a minutes from the ferries.

In past centuries the splendours of the region  not least the wonderful fishing and the prospect of shooting  were recognized by Britains wealthy elite, which has left a legacy of fine shooting boxes and places in the country now turned into accommodation for tourists. Auchen Castle at Beattock fits that bill; the Trigony Hotel was indeed once the shooting lodge for a castle; Knockinaam Lodge near Portpatrick is a Victorian place of leisure, though more famed for the WWII meeting there between Churchill and Eisenhower.

Other hotels date back to when protection rather than recreation was the reason for building  The Balcary Bay Hotel has what was a strategic and easily defended position but is now a beautiful location by the shores of the Solway Firth in Auchencairn.

It was not just the huntin shootin and fishin lot who took to the area either. Artists have long loved the area: The Clonyard House Hotel near Dalbeattie was enjoyed by The Glasgow Boys; the town of Kirkcudbright was a magnet for painters (still is), and the views from Fludha Guest House will help explain why.

If walking in the region, or just gently motoring around it, the many old pubs and inns are a good bet for overnight stops, though walking after tucking in to some of the local produce now heavily favoured by chefs here could be problematic. The Douglas Arms Hotel in Castle Douglas is just such a place; the Murray Arms Hotel in Gatehouse of Fleet is another.

With a low population density and plenty of room  which makes walking here fun, and is of course why Buchan had Richard Hannay escaping to the area to hide out - it is not surprising that the B&Bs in Dumfries and Galloway are often blessed with large gardens, almost estates around them, offering country house hotel quiet for shallower pockets: The Blackaddie House Hotel in Sanquhar is one such, Surrone House in Gretna another. Or have the place to yourself with luxurious serviced self-catering at Whitecroft Mansion in Carrutherstown.

Easy to get to, fabulous views, great accommodation, fine food. Dumfries and Galloway.