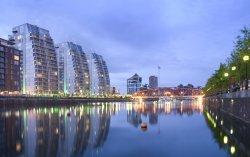 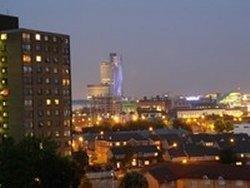 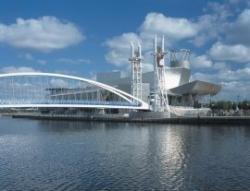 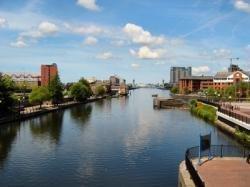 If you are planning a break in November, especially if its to get your Christmas shopping done early, then Manchesters the place. Thanks to three centuries of Coronation Street and the inability of the national media to venture beyond the M25 some still have a flat-cap and whippet-and-chips image of the city. Very wrong indeed.

Since the IRA virtually destroyed the centre in June 1996 Manchester has been regenerated with enormous dynamism and no small amount of imagination: the architecture now blends the best of the citys 19th century heritage with some stunning ultra-modern buildings. The same is true for the hotel provision, with landmark places like The Midland and Britannia; über-stylish newcomers like Malmaison, Crowne Plaza and City Inn; and those that combine both eras like Eleven Didsbury Park and Place Apartment Hotel. As a thriving entrepreneurial hub Manchester also has loads of business chain-hotels in and around the centre, offering pleasant and economic accommodation. Information Britain lists dozens of great places to suit all pockets.

If shopping is the focus of your trip, Manchester makes things easy. The city-centre is compact, and contains the well-known Arndale Centre with 230+ shops including Harvey Nicks and Selfridges, and the awesome 19-screen Odeon Cinema. On a more human scale, but très chic darling, is The Triangle on Exchange Square. On the edge of the city you find the other major retail paradise: The Trafford Centre, again with 230 or so shops (but its Odeon has 20 screens) and vast parking provision. The Trafford isnt just about retail though: through November and beyond it has a huge virtual archaeology exhibition about Tutankhamun; loads of eateries; and activities for the kids. And nearby there are two brilliant ways to bribe those kids through the shopping bit: Chill FactorE, which houses the biggest indoor ski-slope in the UK, though Id go for the fantastic luge run where kids can feel the speed and middle-aged dads can pretend to be Amy Williams (is that weird?); and at Airkix indoor sky-diving.

For a bit more of a Yuletidey-feel you may be drawn to the seasonal markets in Manchester, which this year are running from November 18 through to December 21  among them French, German and even a World Christmas Market.

As a very cosmopolitan place Manchester is a treasure house of restaurants with cuisines from all over the globe. As a big student centre it has plenty of cheap and very good curry places, some just off the main streets; China Town not unnaturally has restaurants that go a long way beyond fried rice and chop suey; theres Korean, Thai, the wonderful Katsouris deli on Deansgate, all the European foods youd expect and some you wouldnt, Japanese, South American...

And when the shops are closed and your tums are full, the night beckons: again the vast numbers of students guarantee a vibrant nightlife; Manchesters Gay Village is famous for its bars and clubs; and the city has plenty of gigs and theatrical events to please just about every taste. For example in November the M.E.N. Arena hosts, among others: Linkin Park, Mary J. Blige, and Paramore; The Bridgewater Hall has The Hallé in a Beethoven programme; Opera North at The Lyric in the Lowry Centre; and more events at the Royal Exchange, Apollo and many smaller venues.

If the pockets have been emptied by all that shopping and partying, then there are more things for free than just a stroll around the centre  the Cathedral well worth a visit  including: The Museum of Science and Industry in the city centre; and The Lowry and Imperial War Museum North at Salford Quays; and if you can be there on November 12, the switch-on of the Christmas Lights takes place at Albert Square, with a big show that starts at 18:45 and climaxes with fireworks at 20:00.

As it is on the M6 and M62 and surrounded by the M60, Manchester is easy to get to by car; but a happy legacy of the Victorian era are its great and pretty central railway links (including to its own airport), with some famous hotels within walking distance of the stations. It can even dispute with Sheffield the title of best tram system in the UK.

So, if you are thinking of splashing out on a continental trip to buy your Chrissie presents, make one - to Manchester.