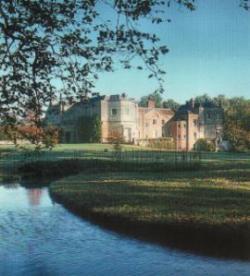 An English October may see the best of our weather, crisp and sunny and clear, or it may be less kind. But breaks in this country are not reliant on the mere elements  this months destination, the Test Valley in Hampshire, has so much to attract and entertain visitors indoors and out, rain or (fingers crossed) shine.

Stretching from its source at Ashe near Basingstoke to its meeting with the sea at Southampton, the River Test follows a gentle curving course that takes in some breathtakingly beautiful countryside, with the only large settlements it touches or passes the port at its endpoint and Andover (dont miss its Guildhall) early on. For the rest of its babbling progress, fed by innumerable tributaries, the chalk-stream waters of this fine valley grace a succession of pretty villages like Barton Stacey and small market towns such as Romsey and Stockbridge.

That lack of major towns does not mean a lack of attractions, far from it. The Silk Mill at Whitchurch on the upper reaches of the river is one of the most celebrated, with a winning combination of history, engineering, a cafe and the retail therapy of purchasing items made with its fabrics.

Dont forget your walking boots, with sites like the ancient Harewood Forest just east of Andover beckoning, the extensive woodland a survival of Saxon times. Or enjoy a faster pace by heading for the nearby Forest Edge Kart Circuit on the opposite side of the river. A third  and child friendly  option near Andover is The Hawk Conservancy Trust a mile or so west of the town, in a woodland setting where you can see and with luck and bravery get to fly a bird of prey.

An attraction in itself, but home to and surrounded by many others, is the lovely old town of Stockbridge . For the angling fraternity (and sorority) the name means fly-fishing , the activity with which the Test is inextricably associated in so many of our minds. The oldest fishing club in England, the Houghton, has its headquarters in a hotel here, and there are numerous shops to keep the fly-fisher browsing  and spending  for hours. The use of a stretch of water here is never cheap, but October is more reasonable than peak periods. For those who want to buy not catch their food Stockbridge is known for its fine food shops and eateries, its wide High Street not long ago named best foodie street in one survey, and the various galleries and other high-end independent shops are equally fascinating and potentially pocket-emptying in a good way. Head along the minor roads westward of Stockbridge and you have a choice of two contrasting sites  the Danebury Iron Age fort , and a little beyond it the Museum of Army Flying at the delightfully named Middle Wallop. Even if you dont want to make a visit motoring in the quiet lanes gives a feel for the gentle countryside of the Test.

Another few miles south along the valley brings us to Mottisfont Abbey , now owned by the National Trust. The grounds are the big draw here: the roses for which it is famed may not be at their best in October, but the walled gardens mean there will be plenty for the horticulture-vultures to see, and their cousin the culture-vulture will find the 20th century paintings in the house of interest.

The last big draw of the Test Valley is another ten minutes drive down the B3084, which brings you to Romsey and its magnificent Norman abbey, where a festival of lectures, music and other events takes place in October. The town has a wealth of architectural gems - large like the abbey or smaller like the 13th century King Johns House and the Tudor Cottage - and is the sort of place that rewards the strolling visitor with discoveries cultural, historical and edible.

Romsey also has the finest garden attraction in the area, great for adults and children alike, in The Sir Harold Hillier Gardens north-east of the town. The vast scope of the plant collections  there are no fewer than 12 national collections held here - will captivate the green-fingered, while younger visitors will be entranced by the tree house and the wobbly bridge. And the winter garden means that there will be plenty to see at or nearing its best in October.

There is plenty and then some to keep visitors occupied for a week and more in the Test Valley, but if you feel the need to broaden your horizons the historic city of Winchester is within easy reach near the southern part of the rivers course, and at the opposite end is Highclere Castle , whose greatest claim-to-fame (among many) is its Egyptian archaeological connection and collection, this being the home of the Carnarvon family whose 5th earl financed the Tutankhamun expeditions .

As regards the weather one last point should be made. Such is the excellence of the English country pubs and ancient inns to be found throughout the Test Valley that some of us would be grateful for an excuse to spend a bit more time in them than we can normally allow ourselves  a break should not be all hectic and hurry. Take time to sip a hoppy beer and breathe freely for once. The Test Valley has many accommodation options , from cottages to fine country house hotels via old coaching inns, restaurants with rooms and more besides, with details aplenty on Information Britain.