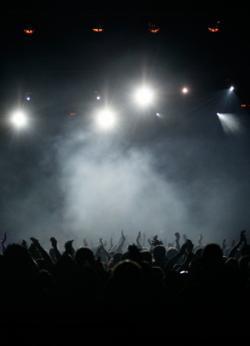 For many, British Summer Time heralds the summer festival season. If you are in Britain and have time on your hands, it is possible to spend the entire summer travelling around Britain enjoying one summer festival after another. The summer festival calendar is so tightly packed that you could probably attend a different festival on each and every day of the summer!

It all started with the hippies and the summers of love. Back in the 60s the flower power generation hoped to solve all the worlds problems by gathering in huge numbers in a field, camping in hugely unsanitary conditions and generally just loving each other. Despite partying on a scale possibly unseen in this country since Celtic times, the hippies failed to bring about world peace. But at least the festival culture was born and this gave rise to many summers of pleasure for generations to come! The theme of camping out in a field with music as a distraction was not invented by the hippies though as bikers had been doing it at massed rallies since at least the 1950s.

In the early days the main summer festivals were held at Stonehenge and Glastonbury . Stonehenge was the archetypal hippy free-festival. Held in a field that was basically illegally squatted for the duration, there was no entrance ticket or fee and many acts played for free. The festivals were loosely organised by collectives and any funds required would be usually be raised from the many traders on site selling their various wares. Glastonbury has grown in size and stature and is arguably the high spot of the British summer festival calendar. Reading and Knebworth are other vintage venues still sitting at the top of the festival roster each year. Many other famous and historic venues, such as Donnington and the Isle of Wight, have become well known festival grounds. The Isle of Wight staged a major festival back in the flower power days of the 60s but this did not continue annually. Only in recent years has the island welcomed festivals again, and now there are several key gatherings held on the Isle of Wight each year.

The range of moderns festivals is huge. All tastes are catered for with folk festivals like the Cambridge Folk Festival , reggae vibes available at the One Love Festival in Essex, heavy metal at thrashing away at Bloodstock and of course contemporary rock and pop festivals like Glastonbury and Reading. The nature of the festival has changed somewhat from the idealistic days of the 60s. Today they are slick commercial affairs covered in expensive blue chip hype with major sponsorship and product placement deals needed to cover the enormous financial overheads. The ramshackle market stands and ad hoc food traders have been replaced by well organised market areas that even include national fast food franchises at the majority of the big festivals.

Fortunately toilet facilities have progressed somewhat, even if theyre still primitive compared to home comforts. For many a festival-goer the most traumatic part of the whole festival experience is still the toilets. The Portaloos in use at most festivals, however, a big step up from the festival toilets of old, which basically consisted of trenches and, if a touch of luxury was on hand, buckets.

Given the toilet horrors and the ever present possibility of rain and mud, what attracts so many thousands to hand over fairly substantial amounts of their hard earned cash to attend a British summer festival? Music is of course high on the list. There are usually plenty of bands to see; you might even get the chance to see a number of your favourite bands in the course of just one festival. Then theres the vibe. There is something very special about being in a very large group of people who all like the same thing as you. This unique sense of community is perhaps a survivor of those early flower power British festival days.