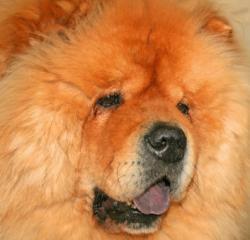 Crufts Dog Show is an annual event that is named after its founder Charles Cruft. Charles left college in 1876 with no intention of following the rest of his family into their jewellery business. He spurned the sparkle of the family firm to work for James Spratt a gentleman who had recently established a new venture in Holborn , London to sell dog cakes.

Charles Cruft completed a short apprenticeship as an office boy before securing promotion to the post of travelling salesman. His new job took him out to large estates and sporting kennels. He soon moved and started work with Spratts. While travelling in Europe for them in 1878 he met some French dog breeders who invited him to help organise the promotion of the canine section of the Paris Exhibition. All this had happened within two years of the young man leaving college.

The first Crufts show to use his name was held at the Royal Agricultural Hall in Islington in 1891. In those times pedigree dog shows could be privately run for profit and Charles Cruft enjoyed considerable success, and wealth, as a result of his shows. Today, the Kennel Club only licenses non-commercial organisations to run shows so the Crufts is no longer held for personal profit.

Three years after Charles Cruft died in 1938 his wife Mrs Cruft asked the Kennel Club to take it over. Mrs Cruft sold the rights to the show and the 1948 Crufts was the first to be organised by the Kennel Club. The show was held at Olympia and was an immediate success with both exhibitors and the public. Crufts has since gone from strength to strength and is now an internationally famous event - and Crufts is a brand thats recognised the world over.

In 1979 the show got a new venue when it moved from Olympia to Earls Court , an enforced move designed to cope with the ever-increasing numbers of both entries and visitors. The show continued to grow in popularity and in 1982 it was upped to a three day event to cope with demand. In 1987 it was stretched further still to run across four days.

1991 marked 100 years since the first Crufts Dog Show was held in Islington.The Crufts Centenary Show was held at the Birmingham National Exhibition Centre . This also marked the very first time Crufts was held outside of London . Crufts, which is still probably the most prestigious dog show in the world, has been held at the NEC exhibition centre in Birmingham ever since.