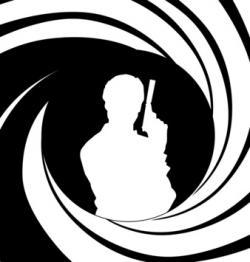 
Since the first Bond novel was published in 1953 James Bond, 007, has become a British institution in many ways.
The books remain popular, and since author Ian Fleming s death in 1962 other authors including Kingsley Amis and renaissance chap Charlie Higson have added to the cannon. But it is the films which have spread Bonds fame most spectacularly, and given a little boost to the romantic chances of British men abroad  in Japan and Italy he is known as Mr Kiss Kiss Bang Bang, no ambiguity there. They havent harmed the careers of many in the British film industry either, providing Pinewood Studios with steady work, and have helped make John Barry perhaps our greatest film composer.
Add Bonds image and the films such subsidiary institutions as the Bond girl (often a kiss of death on acting careers, though Honor Blackman and Diana Rigg survived the experience), and the Bond theme-song ( Paul McCartney just one contributor); and even the Bond baddie, which has provided a visual shorthand for maniacs seeking world-domination (stroking a white cat and idiotically insisting on explaining their secret plans), and the contribution of Commander Sir James Bond to our culture is clear.
That cultural impact has been both positive and negative: the heros suavity and style have given generations a role model, albeit of dubious morality and sometimes to unintended comic effect. That comic aspect has also seeped into the movies themselves, again not always intentionally: it was hard not to laugh at the films where Roger Moore played him, take that how you will.
At least for British men Bond stands equal with Sherlock Holmes, Biggles, Jeeves, Dennis the Menace and Lord Peter Wimsey in that part of our self-image created through fiction. Very much a national institution.