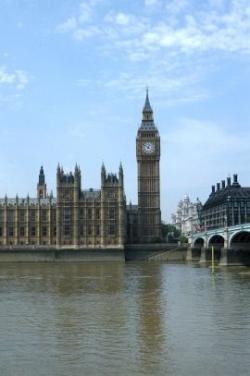 
After the great fire which destroyed the old Parliament buildings in 1834, Charles Barry designed a new complex, including an elegant tower in which a Great Clock would be housed.
The Great Clock was to be accurate - the revolutionary design by MP Edmund Denison, an amateur clockmaker with ingenious new ideas saw to that. And it was to be very audible. The great bell which was to work with the clock would see to that.
Or would it? The first bell was made in the North East, by Warners at their works near Stockton-on-Tees : it was cast on August 6 1856, but cracked beyond repair on testing in October the following year.
The Whitechapel Bell Foundry won the contract for the replacement: almost 14 tonnes in weight, 2.2m high, 2.7m at its broadest, striking a deep E note when hit by the 200kg hammer in the mechanism, which was first used in situ on July 11 1859.
And even this bell went wrong, cracking after a few years, though it was repaired.
Why is it called Big Ben? Either after the engineer whose name appears on it - Benjamin Hall; or renowned heavyweight boxer Ben Caunt - truth is, nobody knows.