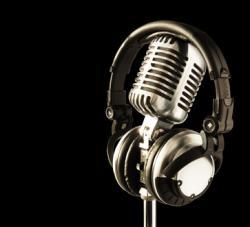 
Brookfield, Borsetshire and The Bull, as much a part of English country life as pesticide and cow poo, at least in the minds of millions of listeners to the venerable soap. The BBC would not be the same without it; indeed its original remit fitted perfectly with that of the corporation: it was to entertain, based on the model of Dick Barton on which two of its creators had worked; it was also to educate, until the 1970s cooperating with the Ministry of Agriculture.
The Archers encapsulates many elements of Britishness: a flawed rural idyll; the proper country pub; the class divide (put-upon Grundys, posh Pargetters, solid yeomen Archers). The scriptwriters have moved with the times, introducing ethnically Asian Usha; featuring stories on gay marriage; incomers; GM crops; Alzheimers; and The Countryside Alliance.
The series which had a pilot run in May 1950, and began in earnest on January 1 1951  has racked up more than 16,000 episodes; and claims many celebrity fans, some of whom have appeared on the show: Princess Margaret ; John Peel; and Humphrey Lyttleton among them. And it has not been immune to controversy  the BBC trying to scupper ITVs launch on September 22 1955 with a storyline involving the death of Grace Archer.
For some that dum de dum de dum de dum theme means a rush to the off-switch; some fans would rather confess to Satanism than enjoying the programme; and many claim never to have heard it  then agree on how annoying Lynda Snell is. Its a British institution.