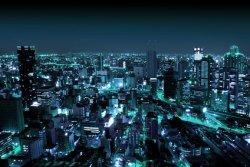 
The City of London is still the beating heart of the capitals financial industry, as it has been since the Romans founded it in about 50AD as a port and trading centre.
Known colloquially as The Square Mile because its area is roughly that, The City was where London began. After the Romans quit Britain in 410AD it fell into disuse, but evidence of their presence such as the Temple of Mithras remain. Alfred the Great occupied and developed the place in the late 9th century, and remarkably aspects of the government of the smallest mainland county in Britain date from that era: Londons Livery Companies still play a part in its governance; and it is the only part of Britain where the business vote still exists.
Though only covering one square mile The City contains many of Londons most iconic buildings: St Pauls , The Guildhall , The Bank of England , the Temple Church , and more modern structures like The Gherkin. When the first census was taken in 1801 The City had almost 130,000 residents; today it numbers fewer than 10,000. But a third of a million work there during the week.
Tradition, ceremony and pageantry play an important symbolic part in the life of The City: The Vintners Company Procession; The Quit Rents Ceremony; The Mansion House Speech; The Footbridge Rent; and not least, the Lord Mayors Show , the procession of each newly appointed mayor in his magnificent coach, part ceremonial part carnival.
But above all The City remains a world financial centre, its streets filled with bankers and lawyers and stockbrokers who in good times delight us with their profit-making activity; and in bad times have us reaching for metaphorical nooses.